Sharing the life of Jesus with a thirsty world

Oasis Church was founded in 1995 when the Father laid it on our leadership’s heart to plant a church in downtown Charlotte to reach the budding artist community. We began meeting in an elementary school cafeteria on a warm summer morning.
We quickly developed a reputation as a community that pursued a real and meaningful relationship with Jesus. We began making efforts early on to connect with the needs of our city, which led to various works in homelessness, the foster care system, and adopting a local elementary school.
The Father has had us on a good journey, and we’re glad to be rooted in this city. Over the years we’ve had the opportunity to baptize new believers, marry many couples, and glorify God in our community. Luke serves as the lead pastor for Oasis Church. He is married to Lauren, they have a son, Levi, and when he’s not brushing up on his sermon, he’s probably noodling on his telecaster in the garage. Lauren serves as Oasis Church’s worship pastor. She loves leading people into the peaceful place of God’s presence through creativity and music. She has a dog, Linus, and enjoys Michael Scott’s character in The Office. Jeffrey is our resident intern. He has an affinity for outlier musical genres, and is proud of it. He’s married to Jenna, and together they parent a pair of adorable pups.

God The King And The Holy Trinity
We believe that God is the Eternal King. He is an infinite, unchangeable Spirit, perfect in holiness, wisdom, goodness, justice, power, and love. From all eternity He exists as the One Living and True God in three persons of one substance, the Father, the Son, and the Holy Spirit, equal in power and glory.

God The King: The Creator And Ruler Of All Things
We believe that God’s kingdom is everlasting. From His throne, through His Son, His eternal Word, God created, upholds and governs all that exists: the heavenly places, the angelic hosts, the universe, the earth, every living thing, and human beings. God created all things very good.

Counterfeit Kingdom: Satan And Demonic Hosts
We believe that Satan, originally a great, good angel, rebelled against God, taking a host of angels with him. He was cast out of God’s presence and, as a usurper of God’s rule, established a counter-kingdom of darkness and evil on the earth.

The Kingdom In Creation, The Fall, And The Doctrine Of Original Sin
We believe that God created mankind in His image, male and female, for relationship with Himself and to govern the earth. Under the temptation of Satan, our original parents fell from grace, bringing sin, sickness, and God’s judgment of death to the earth. Through the fall, Satan and his demonic hosts gained access to God’s good creation. Creation now experiences the consequences and effects of Adam’s original sin. Human beings are born in sin, subject to God’s judgment of death, and captive to Satan’s kingdom of darkness.

God’s Providence, Kingdom Law, And Covenants
We believe that God did not abandon His rule over the earth, which He continues to uphold by His providence. In order to bring redemption, God established covenants which revealed His grace to sinful people. In the covenant with Abraham, God bound Himself to His people Israel, promising to deliver them from bondage to sin and Satan and to bless all the nations through them.

We believe that as King, God later redeemed His people by His mighty acts from bondage in Egypt and established His covenant through Moses, revealing His perfect will and our obligation to fulfill it. The law’s purpose is to order our fallen race and to make us conscious of our moral responsibility.

By the work of God’s Spirit, it convicts us of our sin and God’s righteous judgment against us and brings us to Christ alone for salvation. We believe that when Israel rejected God’s rule over her as King, God established the monarchy in Israel and made an unconditional covenant with David, promising that his heir would restore God’s kingdom and reign over His people as Messiah forever.

Beginning with our nursery ministry, we have a dedicated space for children 6 months to two years old, where they can play, be safe, and enjoy the love of our nursery volunteers. We believe discipleship can begin as a child, and we take it seriously.

Our city has developed a problem with homelessness – not that it exists, but that too few are doing anything to serve these people. Several years ago, the Lord led us to begin serving our homeless population, and we quickly fell in love.

Engage with us online

Community and relationships takes much more than a few emails, text messages, or video chats. But those things can help. Here are the main ways we interact with each other throughout the week online.

We use Zoom for virtual prayer meetings, discipleship groups, and small groups.

Call links are posted in our church calendar.

Follow along with our Sunday gatherings by listening to the audio recordings. Subscribe on iTunes and get it automatically sent to your phone every week. Enjoy! 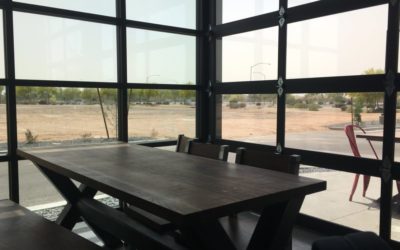 I just sent a massive email to my Dad and decided to turn it into a blog post. A friend of mine, Jason Barnhart, started a blog recently called The Brethren Contemplative. He recently wrote a series on Brethren theology that has been meaningful for me. — If...

Am I right? There are a handful of words that, even after spending my whole life in Christian culture, I have no idea what they actually mean. I mean, I could probably spout of the dictionary definition. If modernism has taught us anything, it’s how to neatly package... 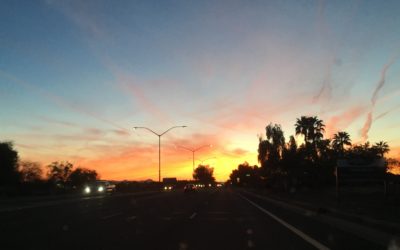 This is a big week for our budding community. We are kicking off our 12 months set aside for the purpose of laying foundations. We’ll begin teaching for the first time as a community. And the very first topic we’re tackling is… the Gospel! And in true AZ summer...